The Future of Cannabis

As the awareness, acceptance and legalization of cannabis becomes more widespread, the question of the future of cannabis has become a very big and exciting idea. What is in store for the future of cannabis? How far will the rapidly growing industry go? Will cannabis completely replace many of the known big pharma drugs humanity relies on today? In this article, we will explore some of these big questions.

Even though cannabis is known today in some states as a completely illegal substance, it has been known throughout ancient history as a very useful herb with a multitude of medical benefits. Cannabis originated in Central Asia and migrated to new regions by wandering nomads. This slowly spread the use of cannabis throughout the world. In the Americas, farmers even grew marijuana as a cash crop because of its many uses.  For a very long time, there were no restrictions on the sale, use or consumption of cannabis. It wasn’t until 1937 that the prohibition of marijuana began.

During the 1970’s there was a huge increase of curiosity about why cannabis was illegal. The status of cannabis started to become reexamined, as the old laws were realized to be outdated and unrealistic. Over the years more research was conducted, and more people started to support the decriminalization and legalization of cannabis. In 1996, California became the first state to legalize marijuana consumption for medicinal purposes. Additional states followed suit, and as it stands now, cannabis is legalized for medicinal and recreational use in many states with the number growing every day.

The Benefits of Cannabis Legalization

A better future for humanity could be possible with the worldwide legalization of cannabis. Cannabis is already creating jobs more quickly than any other industry in the United States. Imagine what will happen as the industry continues to grow at such a fast pace. According to Leafly, the legal cannabis industry has created more than a 321,ooo jobs as of January 2021, touching all aspects of the industry from production to sales.

Legalization has already made it easier for scientists to create cannabis-based medicine for the sick or wounded. For example, they have created a cannabis-based medicine that aids young children who suffer from a specific seizure-causing epilepsy. The development of clinical testing for marijuana as a medical treatment is happening everywhere. Studies are constantly being done to test cannabis for pain relief potential, control of nausea and vomiting, and appetite stimulation. New ways to administer cannabis as a medicine are also being heavily researched.

The psychological effects of cannabis are also becoming more understood as acceptance grows. Marijuana’s active ingredient, THC, produces feelings of well-being, calmness and sedation in many people and has the potential to be very valuable for those who suffer from anxiety, depression, or other mental health conditions.

Scientists are also conducting various research studies with marijuana and its extracts to treat symptoms of other conditions like:

It has been documented that legalization may cause a decrease in opioid-related deaths. In areas that have a high number of legal medical cannabis dispensaries, not just medical marijuana laws, there are also a decrease in self-reports of opioid misuse and treatment admissions for opioid addiction. In a time where the opioid crisis is as terrible as it’s ever been, this is promising news.

The Future of Cannabis in Sports

We are already seeing small victories for the legalization of cannabis in sports. The positive perception of cannabis by athletes and major sports leagues is growing, especially for the use of CBD, which does not cause any of the psychoactive effects that THC is known for. As more and more states decriminalize cannabis, athletes are beginning to see multiple opportunities with controlled use and are able to experience the health benefits of cannabis and CBD.

Some professional leagues still test their athletes for cannabis use, but their eagerness to bust athletes is a matter of debate. Athletes are turning toward cannabis for several reasons, to include pain management and decreased inflammation. They typically want to completely avoid the dangers of opioid use, so cannabis appears to be a safer option for relief in terms of addiction and misuse.

Overall, the medical effects of cannabis in sports and exercise are largely unknown. Given the recent developments and shifts in attitudes towards cannabis, more research should be conducted before integrating cannabis into sports medicine fully. But even with the research that has already been completed, several leagues have loosened their regulations on the use of THC and CBD among their athletes. The National Hockey League, USA Basketball BIG3, and Major League Baseball have already stepped up their medical marijuana game.

The World Anti-Doping Agency (WADA) has included cannabis on their Prohibited List, saying that it is a performance-enhancing drug, a potential health risk and a violation of the spirit of sport. However, others say that the drug only enhances performance in the same way a healthy diet does – it is not the same as injecting something that can increase muscle mass or enlarge red blood cells and therefore increase the amount of oxygen carried around the body. WADA did amend their list in 2018 to exclude Cannabidiol (CBD) in their Prohibited List, which was a huge victory for the cannabis industry.

The Overall Future of Cannabis Growth and Distribution

The future of cannabis is a bright one. By 2030 we foresee the legal cannabis industry to have gone from a novelty, to a mature agricultural and retail business. The production side will ultimately be dominated by a few very large, multi-jurisdictional, factory growers producing marijuana on a massive industrial scale – think Budweiser or Coors. There will be room for the artisan grower, but most of the commerce will be on a very large scale.

We think that large retail corporations will likely sell pre-packaged marijuana in smokable and edible forms. This is where the bulk of retail sales will most likely happen. Boutique retailers and local chains of dispensaries will compete for specific sectors within the business.

As one of the leading dispensaries in Colorado Springs where cannabis has been medically legal for awhile now, we are seeing vast improvements in the quality of our customers’ lives.  We cater to people of all ages and races and strive for ongoing education for patients and employees alike. We feel it’s very important to stay on top new research as it develops and pass it along to our community. If you are looking into starting a regimen of cannabis and are curious about how it will improve your quality of life, stop into your local Hightops Premium Cannabis Dispensary to learn more. You can also stay tuned to our knowledge page on our website for our informational blogs on cannabis topics.

Cannabis Consumption – Which Method Is Right For You? 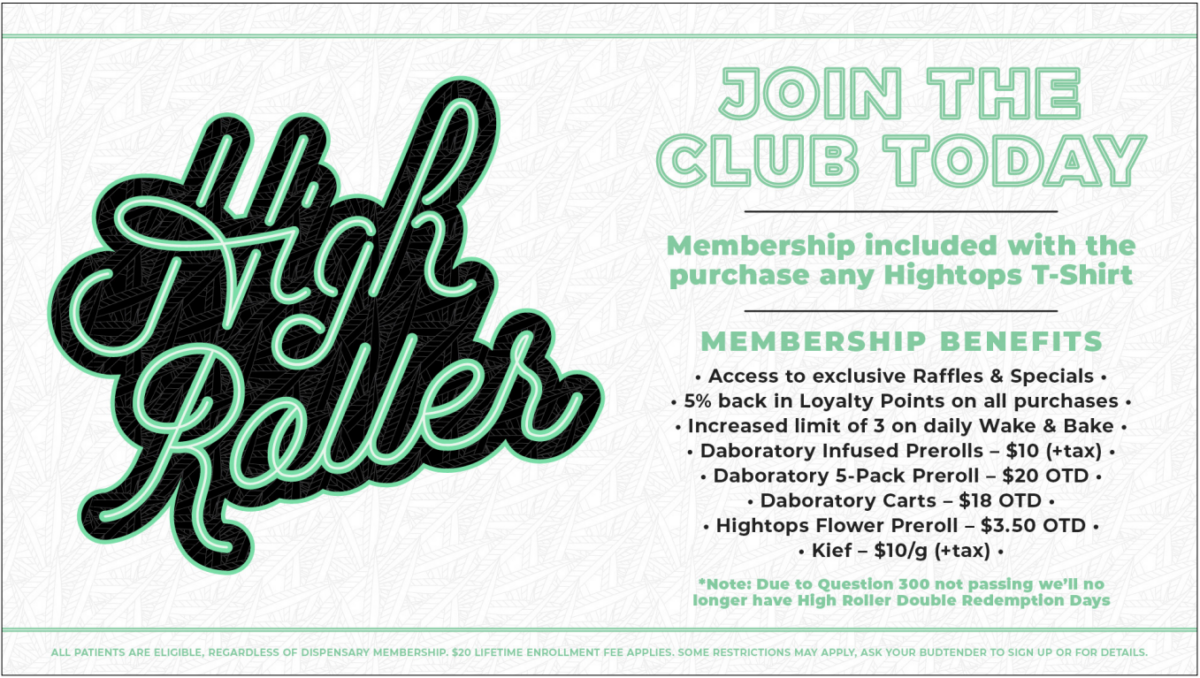